When you are facing a family law dispute, a criminal charge, traffic violation, or a proceeding in juvenile court, your future and your relationships with your loved ones may be at stake. This makes it critical to retain an attorney who will fight to protect your interests. Attorney Jason Cavinder at Cavinder Law Office is a Dayton divorce lawyer who understands the sensitivity of family matters and takes pride in resolving their challenges. He also fights aggressively for people who have been charged with crimes and for people involved in juvenile court proceedings.

Any action that could potentially change the relationship between people related by blood or marriage, like divorce, custody, and paternity actions, falls under the umbrella of family law. Generally, the parties' rights and obligations are established by the Ohio family law statutes. These laws cover issues such as who has the right to seek custody of a child and when and where parties can file divorce actions. It is critical for people dealing with family law issues to understand the statutes, since failing to comply with the proper procedures could adversely affect their cases.

When a couple no longer wishes to be married, they will typically seek to end their marriage via a divorce. In Ohio, a party can seek a fault-based divorce or a no-fault dissolution with the assistance of a Dayton divorce attorney. In either action, the party who files for divorce must be a resident of Ohio for at least six months prior to filing. Additionally, the statutes allow the court to order a conciliation period for up to 90 days.

When a couple with a child decides to end their relationship, one of their primary disputes is usually how custody will be divided. In Ohio, the court's main concern is what is in the best interest of the child. The court will evaluate several factors in determining what is best for a child, including the wishes of the parents, possibly the wishes of the child, the physical and mental health of the child and the parents, the child's relationship with each parent, and each parent's willingness to encourage and foster the child's relationship with the other parent.

Raising a child is expensive, and many people cannot afford to do it alone. Thus, in many instances in which people share custody of a child, one parent will seek support from the other. In Ohio, child support obligations are calculated based on the combined annual gross income of both parents, the number of children who need support, and a statutory schedule that defines an appropriate amount. The court can deviate from the schedule in certain situations, however, such as when the child has special needs.

In many marriages, one spouse earns a much higher income than the other. If the marriage ends, the lesser earning spouse may be left at a financial disadvantage. A divorce attorney in Dayton can help a lesser earning spouse seek spousal support. A court will assess numerous factors to determine the size and duration of a spousal support obligation, including the length of the marriage, the income and earning potential of each party, the health and age of the parties, and the standard of living established during the marriage.

Not all people who are anticipating the birth of a child are in a defined relationship. In Ohio, an unmarried mother is considered the sole legal custodian and parent of a child. Therefore, a man seeking to assert his rights as a father must first establish paternity. Parties can file an acknowledgment of paternity when the child is born. If paternity is disputed, either the mother or the purported father can request genetic testing. The results of the testing must demonstrate at least a 99% probability of parentage to establish paternity.

People charged with crimes often feel as if the odds are stacked against them. The State faces a high burden of proof in criminal cases, however. Specifically, the State must prove each element of the charged offense beyond a reasonable doubt. This means that it must show that a reasonable person, when presented with the evidence, could not rationally come to any conclusion other than that the defendant is guilty.

While all criminal charges are cause for concern, felony offenses are more serious than other crimes and can result in significant penalties, potentially including many years of imprisonment. In Ohio, felonies are classified into five categories, with first-degree felonies considered the most serious and fifth-degree felonies considered the least serious. Murder and aggravated murder are felonies as well but fall outside the five categories. Not all felony charges result in convictions, though, and depending on the circumstances surrounding the arrest of a person charged with a felony, he or she may be able to assert one or more defenses to avoid a conviction.

Under Ohio law, a person can be charged with operating a vehicle under the influence (previously known as DUI) for driving a motor vehicle while visibly intoxicated or with a blood alcohol concentration (BAC) of 0.08% or higher. People can also be charged with OVI for driving while under the influence of illicit or prescription drugs. While an OVI case may seem straightforward, these charges often can be challenged on procedural grounds, such as the basis for the stop that resulted in the arrest.

Traffic tickets are more than minor inconveniences, since they may result in increased insurance premiums, substantial fines, and impaired driving rights. In many instances, though, a person may be able to get a ticket dismissed. For example, if the officer did not have proper cause for stopping a driver or relied on faulty equipment or inaccurate information, this may provide grounds for the citation to be vacated.

While family courts generally handle family law matters, some matters that would typically be considered family law disputes are handled by juvenile courts. Specifically, juvenile courts have jurisdiction over cases involving custody, visitation, paternity, and support issues when the parents of a child either are unmarried or are married but legally separated. They also have jurisdiction over matters in which an adult is accused of neglecting or abusing a child, delinquent child cases, and petitions for protection orders against a child.

Some children engage in activities that get them into trouble with the law. The Ohio courts and legislature recognize that youthful indiscretions generally should not permanently impair a person's rights and employ distinctive procedures for children accused of criminal acts. A child may be charged with an unruly act or delinquency for committing acts that would be charged as misdemeanors or felonies, respectively, if the child were an adult. The child may then enter the juvenile court system, which may ultimately result in an adjudication hearing, which is similar to a criminal trial.

If it is suspected that a child is neglected, abused, or dependent, the Children's Services Agency in the county where the child resides will likely initiate a complaint in the juvenile courts. The complaint will typically assert allegations that the child is dependent, abused, or neglected, as well as providing the statutory language that forms the basis for the assertions, a statement of the facts on which the assertions are based, and the names and addresses of the parents of the child. The complaint will also set forth the disposition requested. If the allegations in the complaint are proven to be true, the court will assume jurisdiction over the child.

If you need a Dayton divorce lawyer or knowledgeable representation in a criminal or juvenile matter, you should retain an attorney with the skills and resources needed to help you seek an optimal result. Attorney Jason Cavinder can advise you about your rights and develop a strategy tailored to your situation. He represents people throughout Montgomery County and the surrounding areas. You can contact him via the form online or by calling (937) 751-4949 to schedule a confidential meeting. 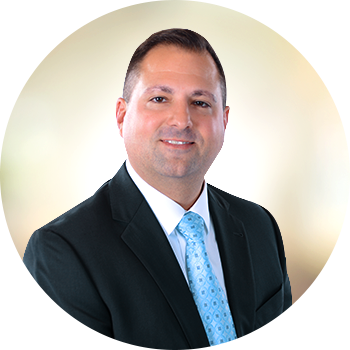 After earning his Juris Doctor, Jason proceeded to pass the bar exam, and returned to Dayton, the city that had come to him to feel like “home”. Jason knew that he wanted to begin his career with the Montgomery County Prosecutor’s Office, a place offering the best possible experience for a newly licensed and burgeoning trial attorney.

Jason’s skills, work ethic, and potential was noticed and he was hired on directly to the Montgomery County Prosecutor’s Office in 2006.

His time as a State Prosecutor proved invaluable to the development of his legal knowledge and skill, and ultimately prepared him to start his own successful practice, that he has now maintained since 2011.

VIEW MORE
Why Choose Us

We Fully Understand & Empathize With Your Unique Situation

Payment Plans Available
Client Reviews
★★★★★
"I knew right away upon meeting with Mr. Cavinder that he was the right attorney for my case. He took the time to hear my side of things without making me feel judged. He laid out what to expect in my case and gave me great advice on how to proceed." E.F.
★★★★★
"I recently hired Jason Cavinder to handle my divorce. I would definitely recommend him to anyone going through a similar situation." J.B.
★★★★★
"I have utilized Cavinder Law Office on two occasions in recent years with quite different circumstances and found my experience with both situations provided me with favorable and worthwhile outcomes. I found Cavinder Law office to be professional, kind, and understanding to my specific needs." K.H.
View More
Submit a Law Firm Client Review
Contact Us