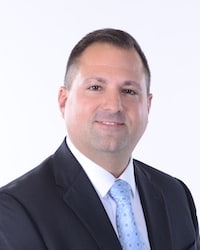 Jason was born and raised in the small town of Sidney, Ohio, where he graduated from Sidney High School in 1998. Though not from a family of legal professionals, Jason aspired from a young age to become an attorney, as he discovered early on, (and was reminded consistently by parents and teachers), that he was quite effective at arguing. What began as a naïve dream of a young man to simply argue for the sake of argument and persuade others in a courtroom, over time evolved into a more mature take on the role of a lawyer, which is, quite simply, to help people. (And sometimes that still requires arguing in Court).

Upon graduation from high school, Jason moved slightly south to attend Wright State University, where he would graduate Cum Laude with a Bachelor of Arts in Political Science. He was a proud member of the national honor society Alpha Lambda Delta, the Legal Fraternity Phi Sigma Alpha, and a Golden Key Nominee. Jason made efficient and key use of his time while obtaining his B.A. at Wright State, working part time at the reputable firm of Flanagan, Lieberman, Hoffman, and Swaim. While working there as an administerial assistant through his undergraduate years, Jason had insider access not available to other would-be attorneys of his age to the experiences of lawyers, what it means to be an attorney, and how to conduct yourself if you desired to be a good one. He developed relationships with many great people in the Court system during this experience that he still has and holds dear today.

Upon Graduation from Wright State University, Jason immediately commenced his study at the University of Toledo College of Law in pursuit of his Juris Doctor. While attending law school, Jason couldn’t resist becoming involved with the Moot Court team, as he longed to not just study and graduate with his degree, he wanted to utilize Moot Court to learn and hone his oral advocacy and persuasion skills in anticipation of what he knew would be a career as a trial lawyer. Jason was selected right away to be part of the Moot Court team. His team was highly successful and reached the semi-finals in the Charles Fornoff Moot Court Competition in Buffalo, New York. Jason then became a Moot Court coach, coaching Toledo’s Moot Court team, and, in his third year, became the Vice Chairman of Toledo’s Moot Court program.

Further, during his study at Law School, Jason turned his attention towards learning to excel in legal writing and caselaw interpretation, and gained invaluable in-court experience through multiple internships and externships, including externing for the Cincinnati Prosecutor’s Office, the Ohio Court of Appeals for the 6th district, (where he helped to craft and draft opinions for the Honorable Arlene Singer), and other law firms.

After earning his Juris Doctor, Jason proceeded to pass the bar exam, and returned to Dayton, the city that had come to him to feel like “home”. Jason knew that he wanted to begin his career with the Montgomery County Prosecutor’s Office, a place offering the best possible experience for a newly licensed and burgeoning trial attorney. Jason’s skills, work ethic, and potential was noticed and he was hired on directly to the Montgomery County Prosecutor’s Office in 2006. His time as a State Prosecutor proved invaluable to the development of his legal knowledge and skill, and ultimately prepared him to start his own successful practice, that he has now maintained since 2011.

Contact Us
Practice Areas
Client Reviews
★★★★★
"I knew right away upon meeting with Mr. Cavinder that he was the right attorney for my case. He took the time to hear my side of things without making me feel judged. He laid out what to expect in my case and gave me great advice on how to proceed." E.F.
★★★★★
"I recently hired Jason Cavinder to handle my divorce. I would definitely recommend him to anyone going through a similar situation." J.B.
★★★★★
"I have utilized Cavinder Law Office on two occasions in recent years with quite different circumstances and found my experience with both situations provided me with favorable and worthwhile outcomes. I found Cavinder Law office to be professional, kind, and understanding to my specific needs." K.H.
View More
Submit a Law Firm Client Review